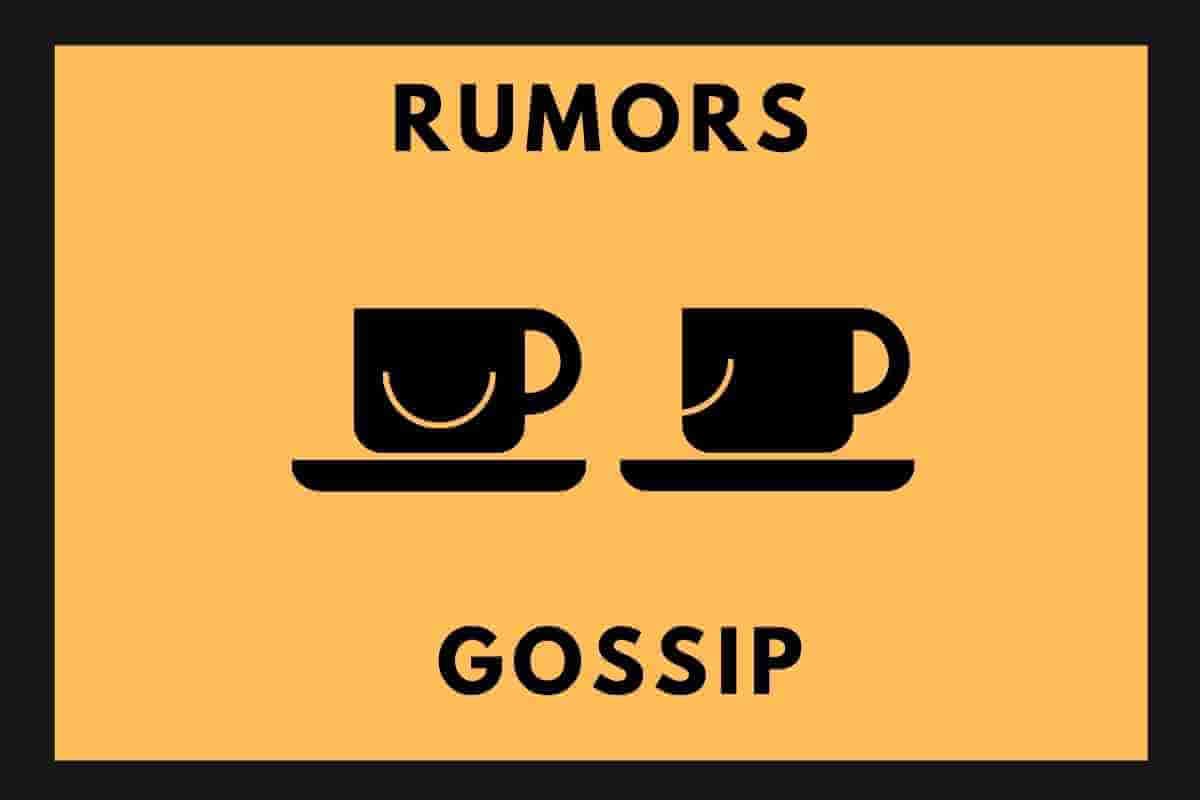 Rumors have always been an issue in nursing homes and life in general. Unfortunately, rumors and gossip are part of human nature. Many find it easier to discuss problems or concerns they may be having with others rather than confirming facts.

Some think that spreading rumors is a learned behavior and is slowly becoming acceptable behavior.

It can be very uncomfortable to deal with others directly. Still, if the facility sets a positive tone of working things out with one another, other staff will most likely follow suit. Those that do not follow suit will need to be educated and possibly disciplined.

Do not help create a culture that encourages the spreading of rumors and gossip. Becoming the person who helps shape positive behaviors and set expectations for good workplace behavior.

The main ways to avoid rumors and gossip in the nursing home are:

Lead with the why:

Why are the rumors being spread throughout the facility? Are there a few “bad apples” that get caught up in the rumor of the day?

Try to determine the root cause and address it in a professional and non-personal manner. At the same time, educate staff to discontinue this behavior.

Keep the staff informed of the things going on in the facility. Send out newsletters or group texts t staff, keeping them informed of what is happening or not happening. Was there a significant change? Let them know rather than hear from a third party with incorrect information.

Give staff a chance to come to leadership to ask questions when possible. This will help keep them informed why preventing misinformation.

You will get negative staff responding to messages, and it’s always best to talk with them individually to correct their behavior.

“Instead of engaging in gossip, change the subject, or leave the conversation when gossip starts. By being a good role model for others, you’re saying that gossiping isn’t something you’re interested in participating in, and you won’t tolerate it.”

Be direct and ask

Sometimes the best course of action is to ask the staff what rumors they have heard and then give them the correct answer when possible. Being direct also means giving the gossiper a chance to correct their actions.

Explain to them that their actions are harmful and shouldn’t continue.

Keep an open mind after you ask them why they are spreading rumors. Maybe there is a valid point they are trying to make.

Give Warnings but correct when actions continue:

Sometimes you will have to give written warnings or possible termination. Having a bad apple in the group and spoil the morale of the facility. It may be tough with staffing shortages, but having a very negative employee spreading rumors and misinformation could lead to good employees leaving.

You may be surprised which employees speak up and give you the names of the offenders. Most people don’t want to work with rumor spreaders and negative staff.

Having meetings with your staff may be difficult, but it’s an excellent opportunity to have open discussions. You will need to find a way to develop a culture of not tolerating rumors and gossips.

Sometimes you may have staff that isn’t spreading rumors but will spread harmful information. Was something said by a staff member during a different shift, and then another staff member let that employee know? Are they spreading incorrect information thinking they are correct?

Sometimes, employees may vent to another employee and then share that information, creating a rift in their relationship.

Gossip can be similar and just as bad as spreading rumors. Don’t let it occur whenever possible, and correct the behavior right away.

Don’t be the manager that uses gossip and rumors as a tool to find out what is going on in the building. Some managers feel that if staff is fighting among themselves, they won’t be fighting management. Nothing could be farther from the truth. It will catch up to you, either with staff leaving or getting mad at you.

One school of thought is to stay out of it altogether. Only get involved unless it is directly interfering with the care of the patients.

Sometimes the more you shine a light on the gossip, the more others will continue with the rumor mill. They may feel more comfortable knowing you are involved and try to pull you into the situation.

Sometimes it’s best to stay away from personal issues involving the staff and find a way to work things out. Not every problem is your problem.

Getting involved with personal issues can get you in hot water with human resources if not done correctly.

Rumors and gossip often create a hostile work environment for other staff members and roll over to the patients.

Remember that anything you say to others can and will most likely be repeated to others. Make sure you are concise and clear, so there isn’t a misinterpretation of the facts. You don’t want to create an environment that spreads false narratives about you or others.

Staff may start to believe the falsehoods and make it challenging for others to work with you or the one they are gossiping about.

7 Tips for Dealing with Gossip in the Workplace https://www.healthcarecompliancepros.com/blog/7-tips-for-dealing-with-gossip-at-work Retrieved October 3, 2021

In nursing school, you will most likely not get much training in med pass and treatments. Therefore, most of your learning will be on the job when you start working. It will be important to get a...

Continue Reading
link to What Do Various Staff Members Such as Nurses Do In A Nursing Home?

If you or a loved one have been thinking about nursing homes either for yourself or a member of your family. You likely have questions about what to expect and what the nurses do in the nursing home...

As an Amazon Associate, I earn from qualifying purchases.

I'm Steve, Advanced Practice Registered Nurse Practitioner. I recently started this website with the help of my wife who is a registered nurse in hopes that we can advance the knowledge of the post-acute care community.

I have worked in multiple nursing homes, assisted living facilities, and evaluated patients in their homes. I started as an APRN working for a SNFist group that was acquired by a major national corporation. Eventually, I was promoted to manager but felt the need to move on to greener pastures.

I started my own post-acute APRN group with my best friend and partner who is an internal medicine doctor. Since then I have been in a constant state of learning in regards to business development, ACO, nursing homes, assisted living, bundle payments, accounting, scaling, and more.

This site is a participant in the Amazon Services LLC Associates Program, an affiliate advertising program designed to provide a means for sites to earn advertising fees by advertising and linking to Amazon.com. We are compensated for referring traffic and business to Amazon and other companies linked to on this site. We also participate in other affiliate programs which may compensate us if you click thru and make a purchase.

You can find out more about which cookies we are using or switch them off in settings.

This website uses cookies so that we can provide you with the best user experience possible. Cookie information is stored in your browser and performs functions such as recognising you when you return to our website and helping our team to understand which sections of the website you find most interesting and useful.

Strictly Necessary Cookie should be enabled at all times so that we can save your preferences for cookie settings.

If you disable this cookie, we will not be able to save your preferences. This means that every time you visit this website you will need to enable or disable cookies again.